Here’s a health warning – you may not feel in the mood to laugh or joke about what is going on in your life. For me – sometimes the worse things are the more I find humour heals me…

This is a noticeboard. I wanted to put up things that interested me. Not everything here is funny, some things just touched me.

So please only look at this page if you are willing to lighten your load for a few moments, to be a little distracted, to share a sigh a smile or a tear. If you have anything you would like to add to this page and if it fits I would be glad to add it.

Who would have thought it? 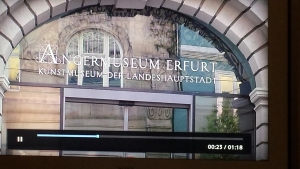 How Groundhog Day changed my life

Six things that affect your brain

Below is the famous thought experiment by Frederick Nietzsche called ‘The Eternal Recurrence’:

“What if some day or night, a demon were to steal after you into your loneliest loneliness and say to you: ‘This life as you now live it and have lived it, you will have to live once more and innumerable times more; and there will be nothing new in it, but every pain and every joy and every thought and sigh and everything unutterably small or great in your life will have to return to you, all in the same succession and sequence-even this spider and this moonlight between the trees, and even this moment and I myself. The eternal hourglass of existence is turned upside down again and again, and you with it, speck of dust!’ Would you not throw yourself down and gnash your teeth and curse the demon who spoke thus? Or have you once experienced a tremendous moment when you would have answered him: “You are a god and never have I heard anything more divine.’ If this thought gained possession of you, it would change you as you are, or perhaps crush you.”

This thought experiment is genius because it makes us question whether immortality is desirable. Actually it could easily be considered an unbearable punishment. When I read this quote I often think of Bill Murray’s character from the movie ‘Groundhog Day.’ He is forced to live and relive the same boring day, and it becomes obvious to him he is never going to escape. As the novelty wears off he begins contemplating suicide and even makes several attempts just to make the endless repetition of days stop. He is unable to influence his surroundings in any meaningful way since the day always restarts without anyone having recollections of their interactions with him. The terror of Nietzsche’s vision of immortality is that your life would occur again and again for eternity without the possibility of deviating from the original.

It seems to us that the human yearning for immortality is actually the desire to extend one’s lifespan indefinitely within the confines of mortality. We want immortality to occur within the rules of life and death that we are familiar with. What a paradox. Life is precious because it is finite, which makes people want more of it. However, if there were no possibility of death then life would lose that which makes it so precious and immortality would no longer be a sought after goal, or even necessarily desirable. Perhaps people would quest for the fountain of old age.

At the center of Nietzsche’s experiment is the dawning realization that whether you had one life or the same life repeated throughout eternity, you only get one chance at it. The eternal hourglass of existence gives you all the time in the world to reflect upon not having taken full advantage of your first try. However, even if you had lived the greatest life that anyone has ever lived, wouldn’t there be a breaking point, maybe in a thousand years, or ten thousand years, or a million years, where you couldn’t take it anymore? Where you realized the sick joke that had been played upon you as what once seemed novel turned into the predictable and mundane? No matter how we choose to interpret this thought experiment the overarching message seems clear. Make this life one worth living and one that you can be proud of.