Learn to communicate what you want gently and assertively 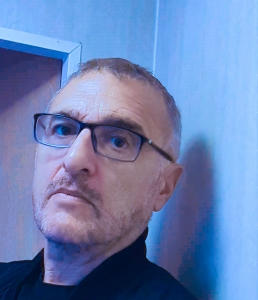 David is one of the leading Anger Specialists and therapists in the UK. He has appeared regularly on the Nick Ferrari Show and the Anna Raeburn Show on LBC Radio, in Womans Own, SHE magazine, Men’s Health and on the BBC. David has featured on the Channel 4 Programme Embarrassing Bodies. He is frequently interviewed about the anger issues of people in the news such as Zinedine Zidane, Naomi Campbell and Hugh Grant. In 2012 he discussed the argument between Ken Livingstone and Boris Johnson on LBC Radio, Joey Barton on Talk Sport, Andy Murray on Sky News and Luis Suarez’ biting incident at the World Cup 2014.

David works with clients from all walks of life and as well as welcoming self- referral his courses are a recognised referral point for social services, lawyers , employers and CAMS. He is a full member of the BACP (British Association for Counselling & Psychotherapy) and a UKAHPP Associate member (UK Association of Humanistic Psychology Practitioners). David trained and is a Graduate from the much respected Spectrum Psychotherapy Practice, specialising in humanistic and Gestalt psychotherapy, he also holds the Spectrum Certificate of Counselling and Psychotherapy. He was initially trained by BAAM (British Association of Anger Management). He has an MBA (University of Westminster 1991) and a BA HONS (Leeds University 1978). David has also been awarded the BACP Certificate of Proficiency.

David has worked as a consultant for many blue chip companies at the highest level. He has run management courses including the BA 2nd Year at the London Metropolitan University. David was a founder and Board member of the International Managers Forum in 1992 (now MMF) and has represented them at the House of Commons and internationally. He also has experience in residential social work, counselling and key work. He was for many years a Board member of the Alone In London Service homelessness charity (ALS).

David’s key perspective is that anger tells us about our way of being and often shines a light on existential dilemmas. His strong belief is that the old-fashioned focus on “tools” to deal with the anger alone can impede real progress and growth. This view has grown from his many years of experience in working with anger.

Watch David give a Speech on Working with Anger.

Dawn Gross is based in Manchester. She was trained in Anger Management by, and is an associate of the British Association of Anger Management (BAAM). She has a first degree in Psychology (Manchester Metropolitan University 1989) and a doctorate in Stress and Stress Management (Manchester University 1997). Dawn’s doctoral research was based on research findings from America which suggested that stress and anger contribute as much to coronary heart disease as smoking and high blood pressure.

She worked with patients who had survived a heart attack to test out a therapeutic programme designed to reduce stress and anger. She has since been the main tutor for a Stress and Stress Management course at Manchester Metropolitan University, exploring links between stress and illness and investigating therapeutic ways to manage stress.

Running an extensive Anger Management practice in Geneva – Leila has a degree in Behavioural Science, with focus on cross-cultural relations and migration. She is a certified Anger and Stress Management Consultant, and an associated member of The British Association of Anger Management, BAAM, UK. Leila has extensive experience in counselling and personal support in cross-cultural and international environments. She has worked in child, adolescent and adult psychiatric units as well as a counsellor for refugees and other migrants. As an experienced project manager and coordinator of humanitarian international projects in the UN system and the NGO sector, Leila is well acquainted with the dynamics in international organisations and how relocation and international work environments can affect individuals and family dynamics.